Frank Bullen runs his own garage business near Truro, which specialises in servicing and maintaining classic Land Rovers.

He didn’t have the best start to I.T. following some unfortunate experiences with trying to get to grips with computers in the early nineties, when the garage he was working at decided to upgrade to computerised bills.

It was only after talking to a customer, who happened to be BT’s Superfast Cornwall Programme Director, Ranulf Scarborough, that Frank thought again about getting up to speed with computers and the Internet.

Frank freely admits that he didn’t know what broadband was until Ranulf explained it: “One doesn’t mind being a dinosaur but I thought that perhaps the time had come to do something about it. I don’t want to become extinct! Looking into the future, there are so many things I would miss out on if I didn’t learn these skills now.”

Perhaps more pressingly, Frank then discovered that his Motor Trade Insurance registration had to be completed online. He realised that if he didn’t get to grips with the Internet, his business would start to be severely affected.

Citizens Online got in touch with Frank and suggested that he come along to some free lessons at Truro Community Library. As Frank says, “It’s a very good idea to have free lessons in the Library; why wouldn’t anybody take it up?”

Frank felt a considerable amount of trepidation but less than halfway through the first session he was hooked – and relaxed: “Everyone was fantastic: tutors, volunteers and the staff at the Library. The tutors assumed that the class didn’t know anything about computers and took us through all the basics to get us started. The balance was just right; there was no pressure and no hideous exam at the end so I didn’t have to worry too much. It was great to be able to learn at my own pace.”

Before long, Frank felt confident enough to test the power of the Internet and challenged a search engine to find any results on the now obscure Saracen Armoured Car. Frank was convinced he would be able to fool it, yet after hitting the search button, “I was flabbergasted by the number of results and I can say this was my conversion moment. There were hundreds of references to it.”

Having completed the short course, Frank feels that the door is ajar and needs to be pushed open further to see all that the Internet can offer him. Learning more about how to get the most from the Internet will feed his natural curiosity, he says: “I have been in a pond before – now I’ve got the whole Pacific Ocean!”

“My only fear now is that once I get a computer of my own, I won’t want to do anything else … then no-one will get their Land Rovers mended!” 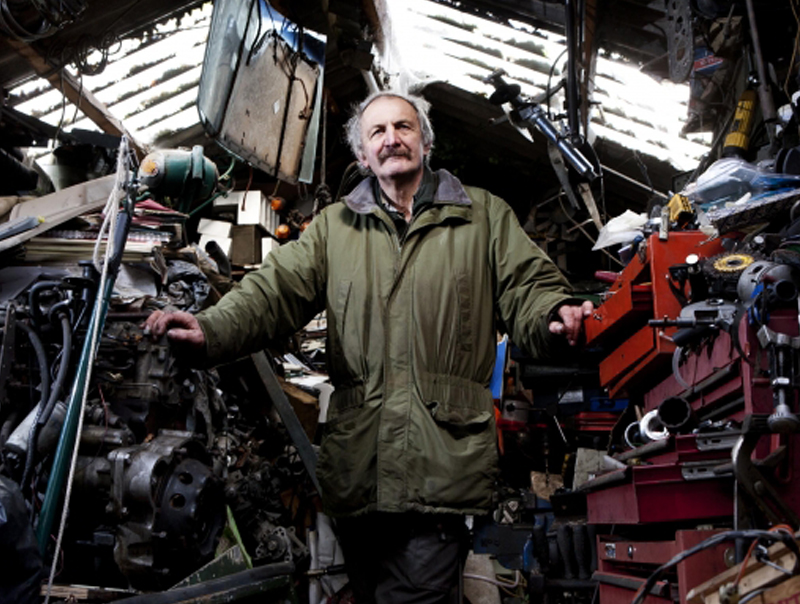 “One doesn’t mind being a dinosaur but I thought that perhaps the time had come to do something about it. I don’t want to become extinct! Looking into the future, there are so many things I would miss out on if I didn’t learn these skills now.”